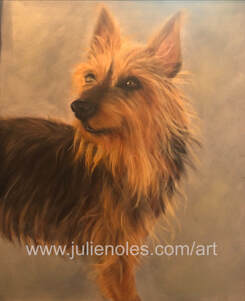 This girl was with me for almost 12 years. When she came to me she had been in a kennel all of her life. Didn’t know grass, or stairs or really even how to be a dog.

She turned out to be so smart and quirky. She was a trooper too. She had diabetes the later years of her life and we handled that like a champ.
🐶
Life revolved around her and her care. Losing her, I lost a little (or maybe a lot) of me. She was my purpose. (Although I might say that about all of my dogs!)
🐶
Repainting her (it was originally done in acrylic) and seeing how it turned out brought me to tears. I miss this quirky girl.
🐶
Favorite memory: she caught a mouse in the house. Not sure if she meant to or exactly how that happened. The unfortunate part was that when I screamed she dropped it. 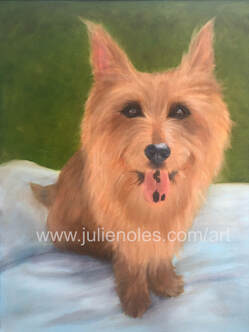 Murphy
Australian Terrier (Rescue)
16x20​ Oil on canvas
This sweet boy turned 16 years old in May 2020. It may depict a younger guy and he may be older (more cranky and hard of hearing) but he’ll forever be my sweet Mur.
​
Little known fact: he helped raise 3 kittens we found and had to bottle feed. He would check on them every night before we went to bed. They would follow him around everywhere. He was such a good kitty daddy. 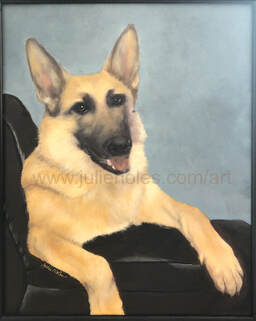 Vela
German Shepherd
16x20 Oil on canvas
So Vela is not a rescue but is still special in all.the.ways! Murphy was not a fan of big dogs and was not allowing a rescue of a larger dog. We had the bright idea to bring in a puppy since it would be smaller than him and see if that worked.

​It did! Vela is 10 years old and Murphy still has not noticed that she is bigger than him. They would rough house and play and otherwise act like siblings.

This gal is a clown. Her personality is totally puppy. She never grew up and we love that about her! 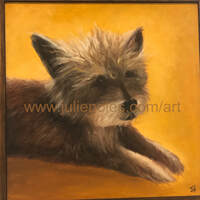 Jethro  (Memorial)
Terrier Mix (Rescue)
12x12 Oil on canvas
This boy stole my heart! If there was ever a sweeter boy I'll never know.
His hair was always a hot mess (and I loved it!!) He wasn't big on snuggles but I could sneak them in at times - and I'd be in heaven.

​His nickname was Boop because he'd boop you on the leg if he wanted something. And by something I mean your food.
I didn't have him near long enough. But he, like Zoe does come and visit in my dreams. 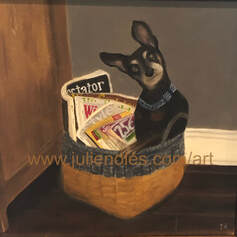 Poncho  (Memorial)
Miniature Pincher (Rescue)
12x12 Oil on canvas
We rescued Poncho and Jethro at the same time. Both were older and had various issues. Poncho was blind and estimated to be "ancient". But let me tell you, neither of those things stopped him.

​He was the bravest little guy. Loved cuddles and would be fine just being held all day (of course I'd oblige). He also had a knack for getting into some crazy spots. It was like a game of hide and seek many times to see where Poncho was now. In this painting, he really was in the basket. He had many other funny places and they have all made such fond memories. 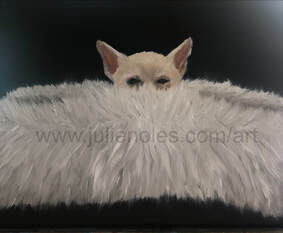 Tallulah Mae Sassypants
​Chihuahua (Rescue)
9x12 Oil on black canvas
Tallulah is a full 4 lbs of sass. She came to us in April 2020 and is still in the first 3 months of getting acclimated. She has progressed very fast.
She bosses Vela around and Vela is so sweet to let her. She loves her fluffy bed (that we call a 'floof'). She has a blanket and two toys in there. Those are the only two toys Vela hasn't confiscated - and that's really just because Lula Mae will NOT allow it.

​She really doesn't know her size. Much like a terrier I know. However, she is as sweet as she is sassy. Even though she is estimated to be about 9 years old (yes I LOVE senior dogs) she is quite spry and gets the zoomies from time to time. She's definitely a bright spot in our household.

Works I've done for others 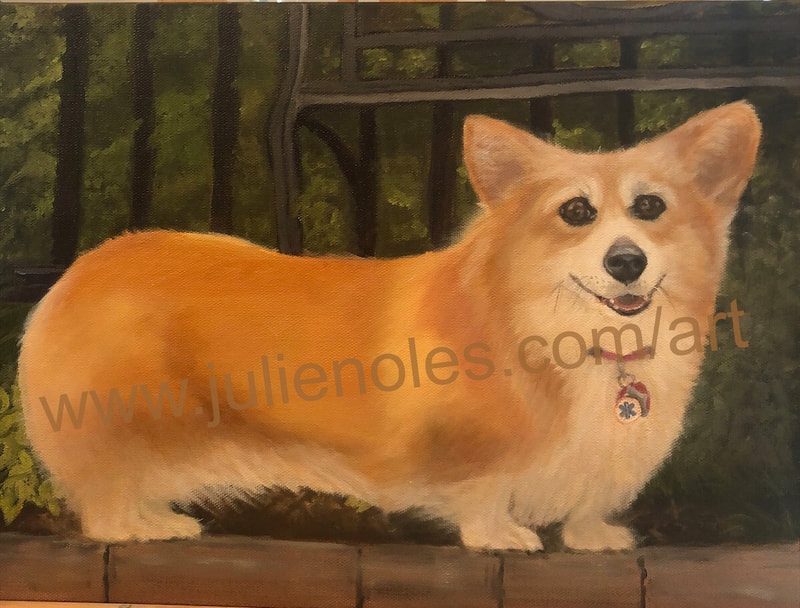 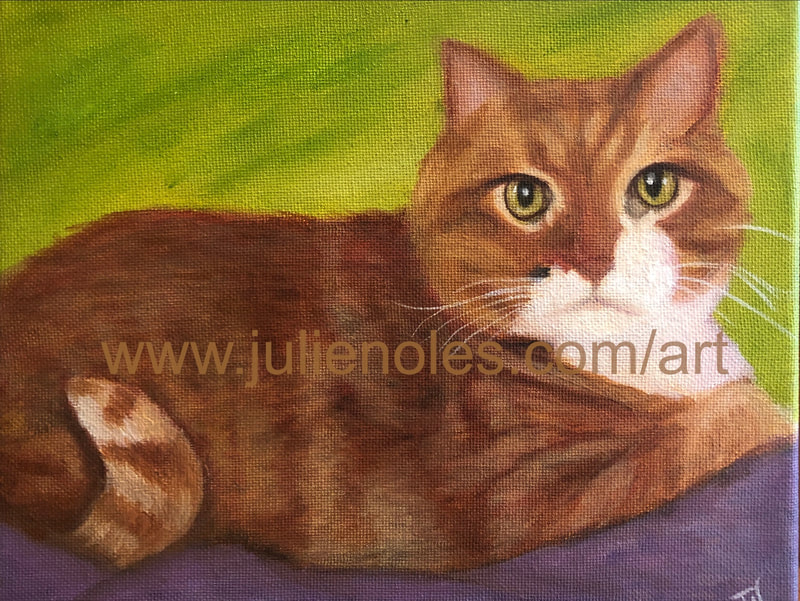 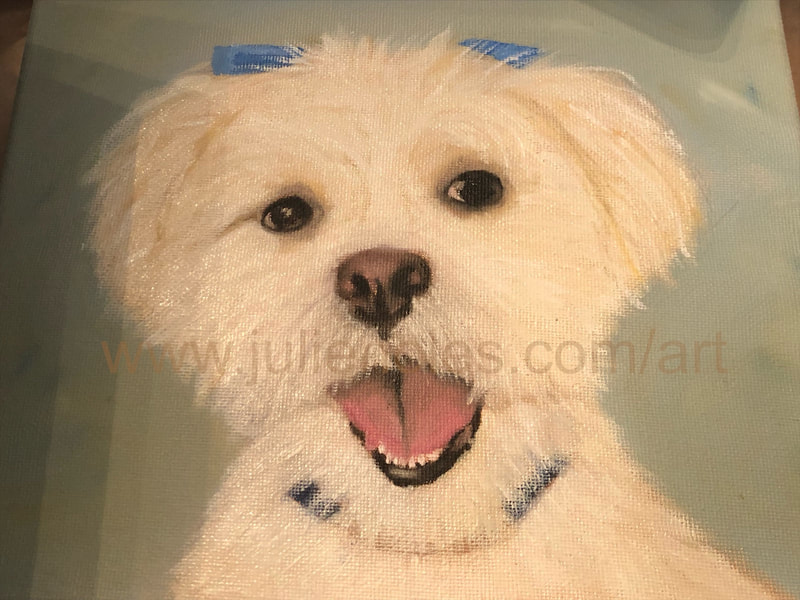 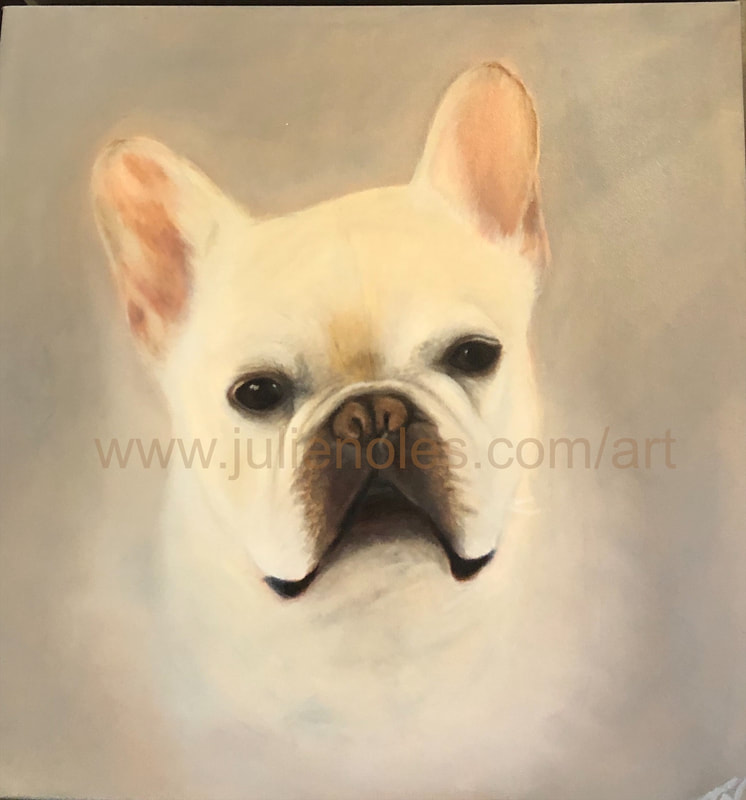 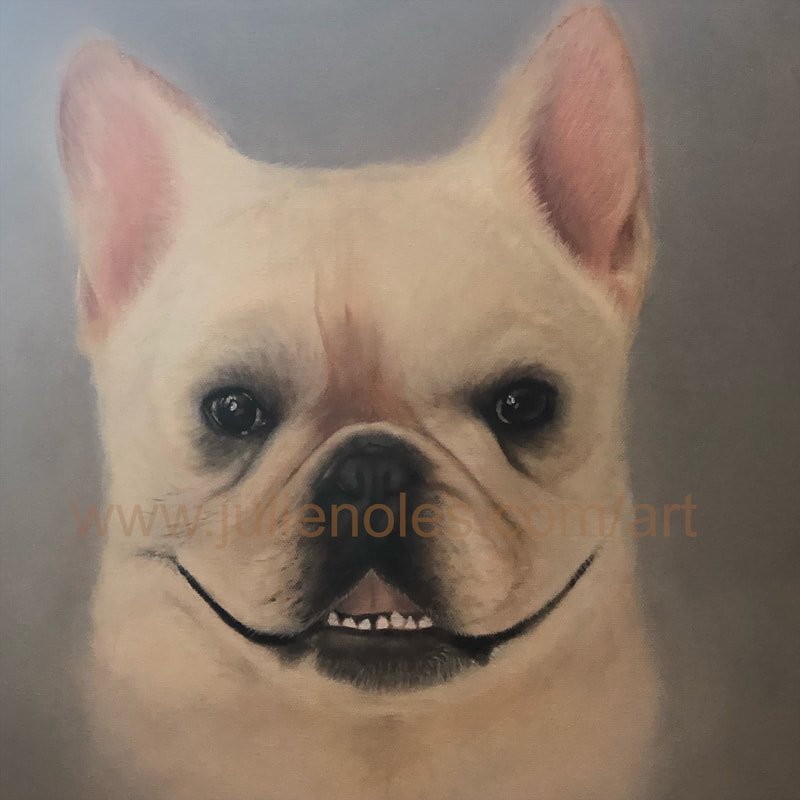 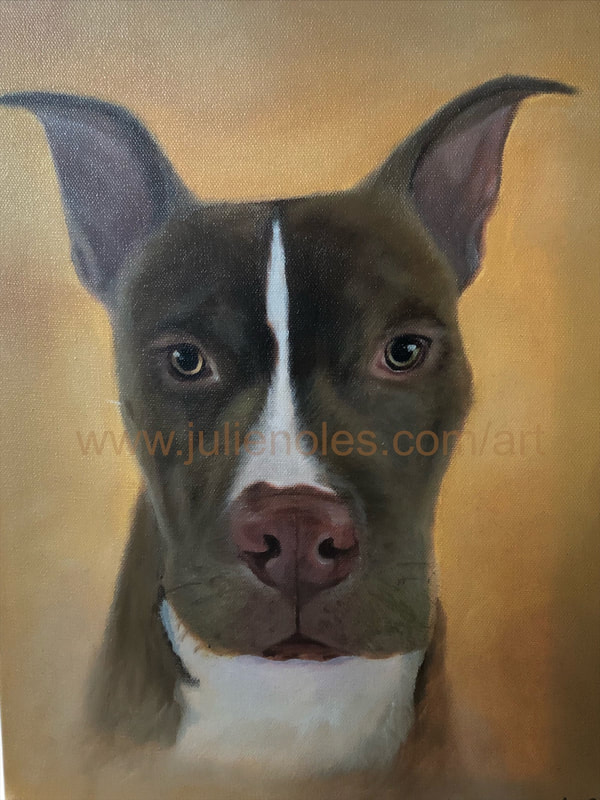